Skip to content
Food and Entertaining All About Buffalo

When people talk about the best places to eat in Buffalo they will often go on about Left Bank, Tempo or Chophouse. I will be talking about none of those. If people are from out of town they will undoubtedly bring up chicken wings and god forbid…Anchor Bar. They may have been the first, but are now nothing more than an attraction for out-of-towners. I will not be talking about wings either. You will not find any of my hidden gems on typical best places to eat in Buffalo lists, like that of Buffalo Spree. If you don’t believe me, here’s the link.

Since I can only write about what I know, my bias is going to show as I live in the Elmwood Village/ Westside area. You have probably driven or walked by the below establishments many times and are really missing out on some of the best places to eat in Buffalo.

I first ate at Lone Star Fajita Grill on Hertel Ave. a little over a decade ago, and it has been a constant go-to ever since. They have been in same location and under the same ownership for 29 years, serving up some of the best Tex-Mex dishes in Buffalo. My family members, and particularly a couple of my Uncles, will swear they have the most flavorful and fresh homemade salsa and guacamole in the whole city.

Don’t expect to be impressed with the aesthetics of the location, but for what they lack in optics they make up for with their mouth watering fajitas. Looking at the menu, this will seem like your run of the mill fajita. However, once you take your first bite you will notice freshness, perfect seasoning, tenderly cooked meat and a legendary guacamole topping. If you’re looking for a true hidden gem and without a doubt one of the best places to eat in Buffalo you won’t go wrong here. I love the all the new trendy taco spots like Lloyd and Deep South but I think Lone Star can hold it’s own against anyone.

Nestled on the corner of South Park and Michigan just outside the Cobblestone District, Ballyhoo has a very low-key air about it and is easy to miss. Ballyhoo is the embodiment of the phrase “you can’t judge a book by it’s cover.” The first time I was invited to go there my expectations were set low as I thought it was just your typical dive bar, but I was 100% wrong.

Ballyhoo has a long bar that is rarely overcrowded which makes ordering food and drinks quick and easy. To order your food, grab one of the many mini menus floating around the bar and a pencil to select your choices to give to the bartender. The main fare are links ranging from chicken, lamb, beef, chorizo and veggie with my personal favorite being the TJ Dawg. This tasty link is made out of chorizo and bacon and then topped with pico, crema, cotija and avocado.

Not only is this one of the best places to eat in Buffalo, but they also have some of the most flavorful and unique drinks. No link meal would be complete without ordering one of their signature jam sessions. A jam session combines the sweetness of your favorite jam preserve such as orange, grapefruit or apricot with the spirit of your choice making for one of the best late night food/drink combos in all of Buffalo.

With the seemingly infinite amount of pizza places in Buffalo and everyone having very strong opinions on their “place” – I’m going to steer clear of traditional Buffalo style pizza with thicker crust and pepperoni. I’m going to recommend you try Gino’s in the Elmwood Village as this is the best place in Buffalo for New York style pizza.

The dough is thin with a good crisp underneath, it’s not overly greasy, the toppings are fresh, the sauce is light and it is cooked to perfection. You can’t go wrong with the tried and true cheese and pepperoni, which like most people is my default order. However I would recommend branching out and trying the philly, stinger or chicken finger pizza as they are all great choices. Gino’s sells multiple options by the slice so you can try as many specialties as you want.

This is the perfect late night establishment to get some food after a going out, or if you are on the go and need to grab a quick slice. Gino’s provides a unique factor with their different style pizza. Compared to everyone else, I think they are a true hidden gem and one of the best places to eat in Buffalo.

Only steps from Bidwell Parkway on Elmwood you will find the best Thai food in Buffalo. I’ve been going to Rin Thai Bistro since it opened and also used to frequent the owner Rin’s old restaurant The King and I. Rin Thai is a small location with big taste, modern wood paneling and an exposed kitchen where you can see and smell all the food being made.

Everyone is always upbeat, friendly and greets you instantly at the door, its often Rin herself. They don’t have any menus instead they have a chalkboard on the wall that contains well known favorites and ever changing new dishes. I would highly recommend ordering the green curry chicken or the pineapple fried rice which is served in a huge pineapple. I also enjoy visiting Rin Thai and sharing appetizers, this usually consists of spring rolls, chicken satay, coconut shrimp and lettuce wraps. Visit Rin Thai the in the winter where you can sit in the cozy dining area, or enjoy the sun out on their patio in the summer.

Rin Thai is a truly authentic experience and I can’t see them being a hidden gem much longer. People are starting to catch on that this is one of the best places to eat in Buffalo.

Study Abroad in the Philippines

Fitness tips for an active and healthy lifestyle

How to Get Picky Kids Excited to Eat Healthy

Are you all too familiar with, what I like to call, the dinner table nightmare? Everyone needs their own special made meals,

Travel All About Buffalo

In a city that is constantly evolving, you’re guaranteed a great time when following the “Best of Buffalo” 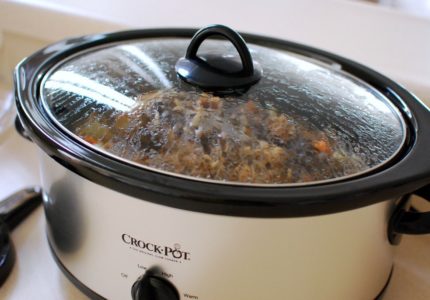 Are you looking for easy and cheap crock pot recipes for college students? If so, this is the perfect article for you!