Skip to content
All About Buffalo Hobbies and Crafts Sports

Buffalo Billiards community upset after the cancelation of APA Northeast challenge: Unfortunately, one of the biggest tournaments of the year had to be canceled due to the coronavirus epidemic. The APA Northeast challenge put out this statement on their facebook: “It is with great sadness that we announce the canceling of the 2020 Northeast Challenge. With all the uncertainty of this virus and when league will start back up, all League Operators felt it necessary to do the responsible thing and cancel. We were going to try and wait until the end of the month to make the decision but there are many things that need to be ordered and paid for soon so we had to pull the plug now. Once we get a handle on what is going to happen with all other APA events, we will check with the hotel and see if there is another weekend available to have the event later on in the year. We hope you all are staying well and look forward to a bigger and better event next year.” It is unfortunate the event had to be canceled as many buffalo billiards players wanted to play in the tournament for their chance to win and play in Vegas for nationals.

Bison Billiards expansion: One of the premiere pool halls in Buffalo billiards community is expanding to be about double the size as currently. They’re doing this by knocking the wall down to the next door space in the Eastern Hills Mall in Williamsville NY. This will make Bison Billiards the largest pool hall in WNY. While most businesses have been leaving malls, Bison Billiards went on to have more success in a mall setting. This is good for local players as tournaments and leagues at Bison Billiards will likely bring in more quality players and help the sport grow locally. Unfortunately, Bison Billiards has been shut down due to the Corona Virus pandemic, but they plan on having the renovations done when they are allowed to open back up again.

Danny DiLiberto may have the strangest combination of talents you’ve ever heard.

Top-notch boxer and world-class billiards player? That’s before mentioning his success locally bowling, as he has a 300 game under his belt.

The renaissance man started his athletic career in the ring, training with Angelo Dundee, famous for his work with Muhammad Ali and Sugar Ray Leonard. DiLiberto lived up to Dundee’s pedigree, finishing with an undefeated 14-0-2 record with 12 knockouts as a lightweight.

DiLiberto, who boxed out of Miami, says he never lost a fight inside or outside the ring.

“I was skinny,” DiLiberto said. “I looked like I couldn’t do anything, but I knocked people out.”

A Canisius High graduate, DiLiberto credits his schooling for his success.

“When you go to school and you take four years of Latin, at the time you say, ‘What in the world is this?'” DiLiberto said. “It’s exercise for the mind, like weightlifting for your body. I was just smarter than the people I fought.

“I thought I could beat any lightweight in the world, and I still believe that. I’m 83 now, but I remember it like it was yesterday.”

His boxing career was cut short after breaking his hands. His right he broke four times and his left twice, which he said is because of how hard he punched. That’s when he turned to billiards, a trade he’d practiced since he was young on the West Side.

“I liked to compete,” DiLiberto said. “I competed my whole life. I went into the pool with that attitude.”

DiLiberto worked his way up the ladder, winning the Buffalo City Championship and the New York State Championship in the 1960’s.

In 1972, he went on the world stage. DiLiberto won the Tournament of Champions and named the World All-Around Champion in Johnston City, Ill. The performance thrust him into the national spotlight and eventually earned him a Sports Illustrated feature in 1977.

“It was like going to college,” DiLiberto said. “I learned a lot. … I played and beat the best players who ever lived.”

By the end of his career he’d won nine world titles in all four of pool’s major disciplines. After retiring, he’s stayed in the game as a commentator for the past 20 years, travelling around the county for Accu-Stats Video Production. Earlier this week he returned from an eight-day trip to Norfolk, Virginia for the U.S. Open.

“Quite frankly in today’s world, you look at him and say, ‘Wow, he was one of the last true roadies,'” said Carl Galante, who started Classic Cue Billiards, now in Depew, with DiLiberto in May 1985. “You’re on an adventure, never knowing when that next check is coming the next month. That’s the gamble for certain people.”

His professional wins include the following:

here’s no better example of a Buffalo success story than that of Danny DiLiberto. This 80-year-old Buffalonian seemed rugged but very unassuming, for someone who was once an elite boxer and then continued on to become a member of the International Pool Tour (at the age of 80, he still remains a contender). He’s a teacher, author, and has a seat in the Billiard Congress of America’s Hall of Fame, One Pocket Hall of Fame and the Ringside 44 Boxing Hall of Fame.

How to workout effectively from home (NEW guide)

Travel All About Buffalo

In a city that is constantly evolving, you’re guaranteed a great time when following the “Best of Buffalo”

All About Buffalo Wellness & Fitness 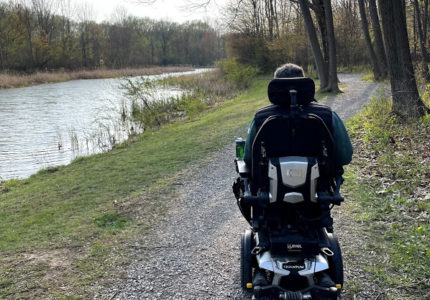 Food and Entertaining All About Buffalo

It’s almost annoying at this point. Nearly every time I’m greeted with the dreaded “Where are you